The Season that Never Was

Here is a video to make Andrew psyched (I know we already have one of Jeff, but mine is more stylish and better quality)... unless he sends today*! Make me proud old man!
We are going to try and be serious about this whole blogging thing but until Jeff gets his head out of Colorado's ass, shit's gonna suck! Get on Jeff; facebook him, email him, call him, punch him... do whatever it takes to get him back on here. When he blogs more, I blog more!!!!

*Post-prepost edit... He did not send, and I will be praying to the climbing god, Weathor, that he gets another chance (although he has had three since that video was taken). Give him shit and tell him he has to send or Weathor will come after him and his first born... THAT MEANS YOU NATHAN... sheesh, talk about 2 birds... ;)

Posted by Eric No comments:

SEXY LADIES!!! (do I have your attention?)

Welcome back to the old and unimproved Eastside Bouldering... although Jeff moved to Colorado so I suppose something is new and the improvement part is debatable (take that how you want Jeff).

Anyway, we were waiting until our readership dwindled into the single digits but Andrew went and ruined it by sending his 4 year project, Stained Glass. (I will also comment that Wills ruined it further by posting about the send before I could get my lazy ass to blog a video, but you can't trust anyone who drinks that much tea...) 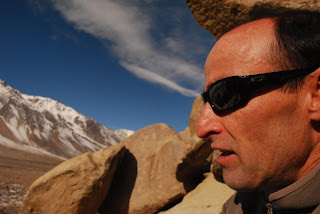 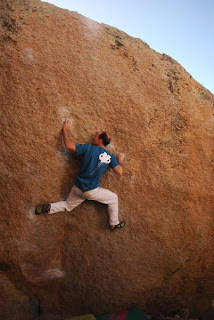 Unfortunately, we only managed to capture the top half of the send, but everyone knows Andrew was power spotted through the beginning so we wouldn't want to show that anyway... (anyone who has seen Andrew try this problem knows that comment was a joke; I think a power spot would make the beginning harder for Andrew!)

In other news, this guy had a great weekend also sending Stained Glass, Saigon V6, and flashing Yayoi V7! Way to go guys! 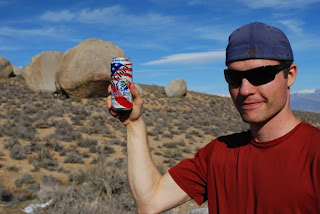 Shaun and the surprisingly good energy drink, Ol' Glory... Jeremy Shockey already has a tattoo of this can...
Photo - Eric Lang

Then in true American fashion: after finding something awesome, we smashed it...
Photo - Eric Lang

Long story short, Jeff moved, Andrew sent, Shaun's awesome, and I suck at blogging and climbing... I'll work on one of them; or not...
Posted by Eric 4 comments:


Six new (to me) areas in seven days.

Didn't see as much as I wanted to, but this seems like a fun little area.  I climbed Mike's Left (V7) and blew my flash attempt of Cave Traverse in the dark and rain.  The rock is basalt and ranged from super slick to perfect fine gritty texture. 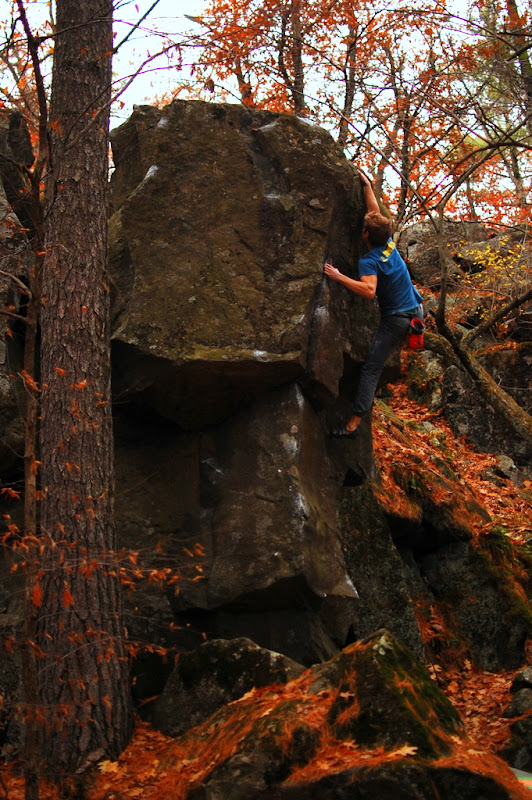 Steve and Katie showed us around for the afternoon.  The rock is purple quartz... enough said.  Some of the best rock I've ever climbed on.  I'm probably biased though since it was 40 degrees out and the friction was perfect.  I'm guessing I would feel a little different if it was warm out. 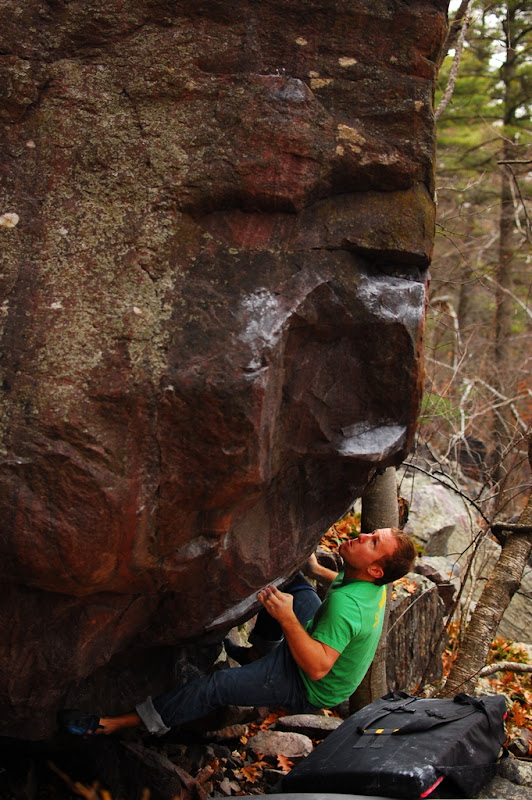 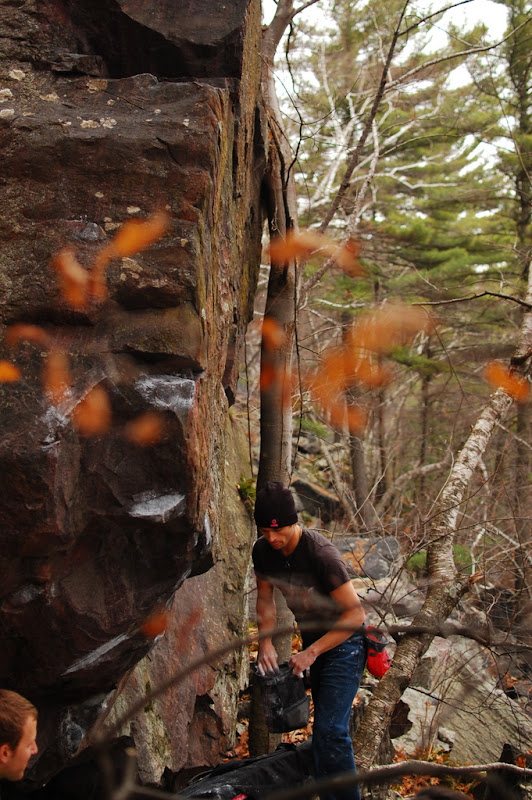 This problem does not have a good landing.  I didn't get a good shot of it, but let's just say these pads aren't going to do much. 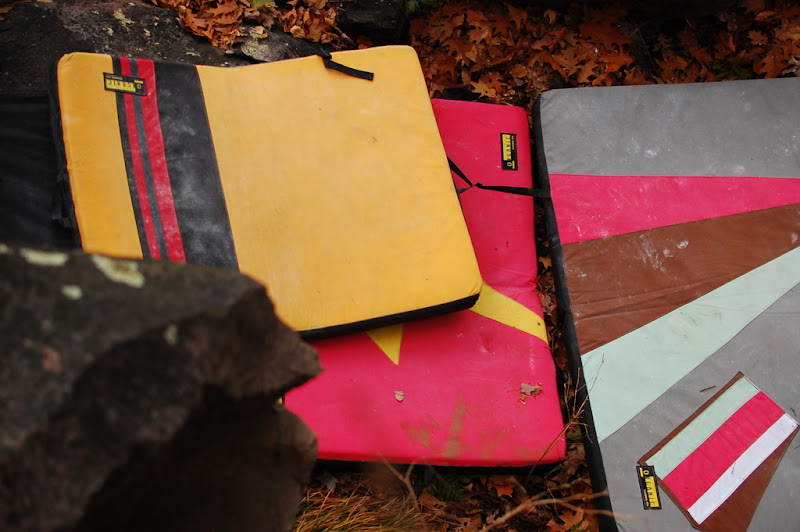 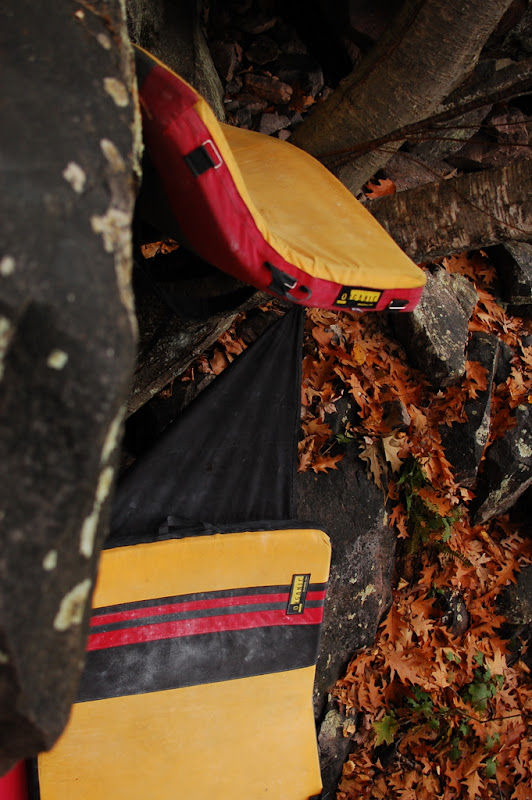 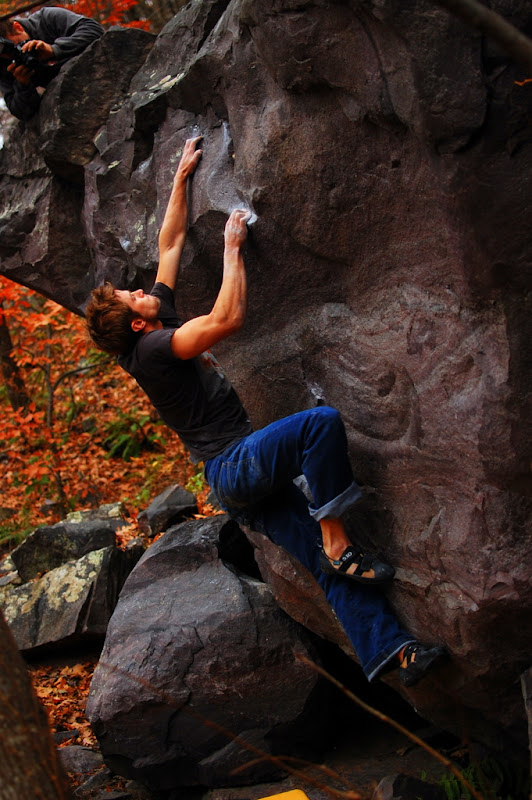 I came pretty close to doing Keymaker (V10/11ish).  Must go back... purple rock! You can read more about our day at Devil's Lake on Steve's blog. 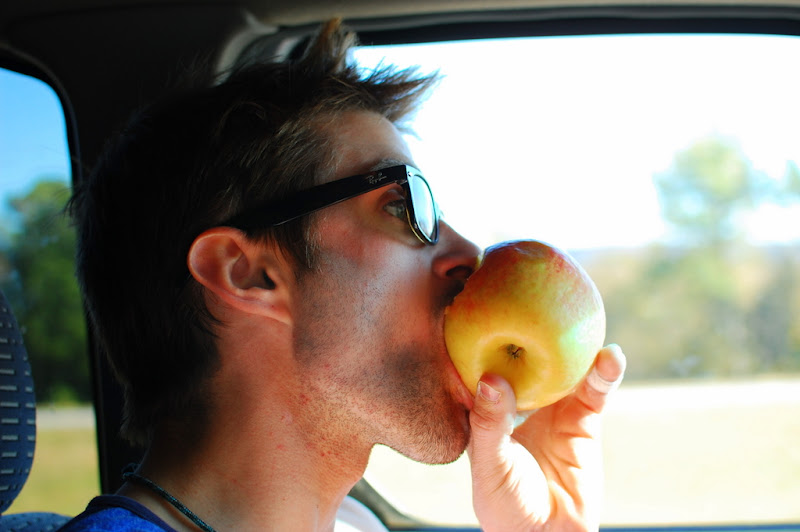 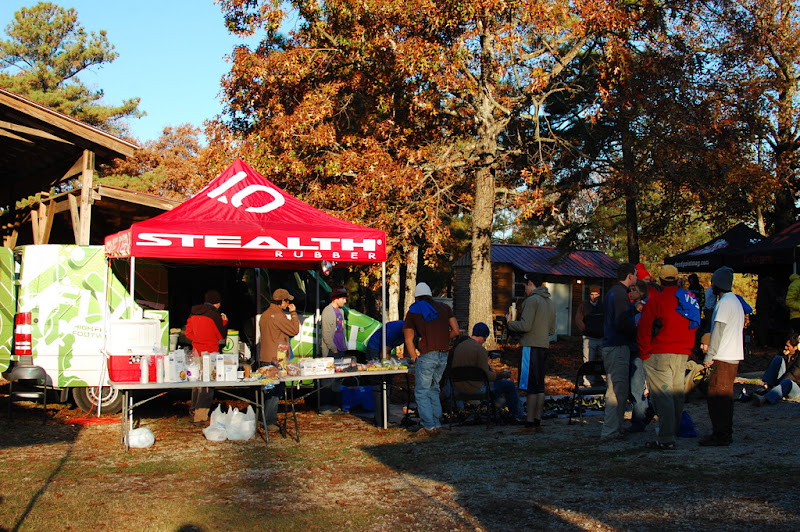 
Carlo cruising some V9 thing that I'm too lazy to look up the name of. 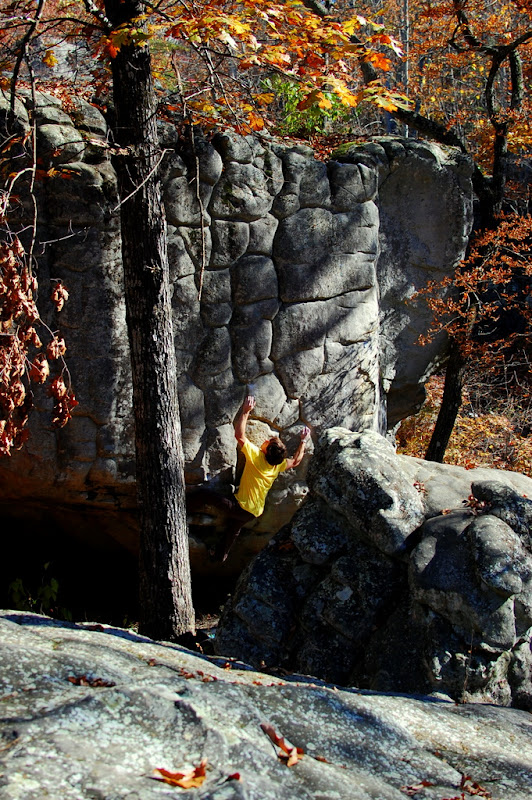 
I entered the Star Chaser category and finished 59 very good boulder problems for 112 stars.  It was just enough for 2nd place and I'm really psyched considering it was my first day at HP40.  Much better than trying to climb 10 hard problems in less than ideal temps. 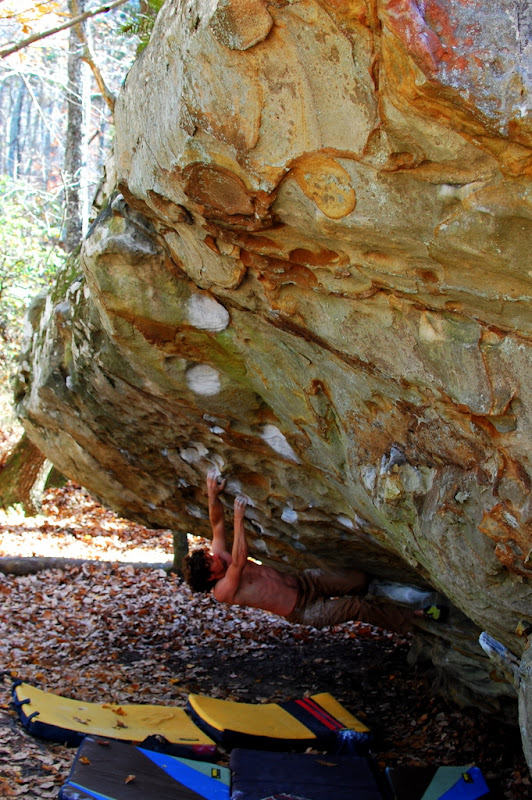 This day hasn't actually happened yet.  I'm guessing we will suck because I can barely lift my arms right now.  So I'm off to bed and maybe we won't be lazy and take some photos and post later.
Posted by Jeff Sillcox 2 comments:


It's been a while... some climbing has happened and photos were taken. Maybe we'll post some of that stuff. But first, this is much more important.

Do you remember my last post about Sadie? Let me refresh your memory... 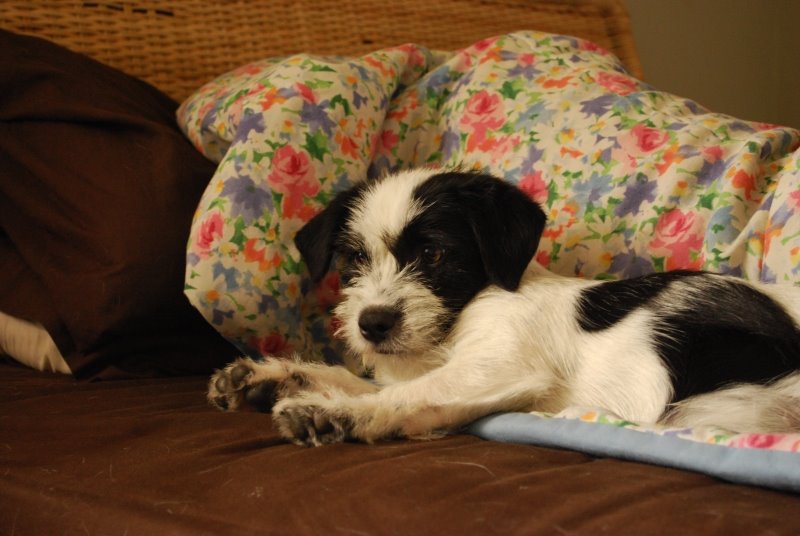 Do the world a solid and vote for her by following the link below.

Your kindness will be rewarded by angels giving you gold, covered in chocolate, smothered in Unicorn poop... maybe...
Posted by Eric 2 comments: